You are here: Home / Reflections on Life / Being Resilient / Death & Grief / What no one tells you about death

It’s no secret that I’ve had my fair share of experience with death. It went something along the lines of, never having had experienced the death of a loved one to the loss of a cousin, cousin’s husband, aunt, father, great-grandmother and grandmother all in the space of a few years. 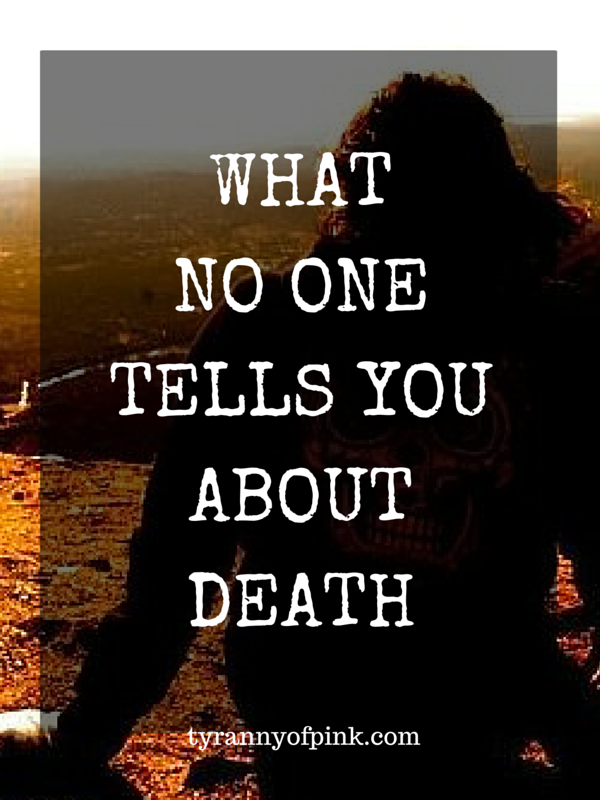 There is no way around that. There are no euphemisms that change the way it makes you feel. The bereaved… sounds so friendly. Death is not friendly. The deceased. Cut the crap. Just call a spade a spade. They did not “pass on to the after life” they fucking died and it fucking sucked! I can not tell you how tired I am about hearing all these niceties… oh you lost your father…. no I did not “LOSE” my father. We were not on the way home from a walk in the woods when I discovered that his trail of breadcrumbs had been eaten by birds and now he could not find his way back – No. He DIED. He just died. 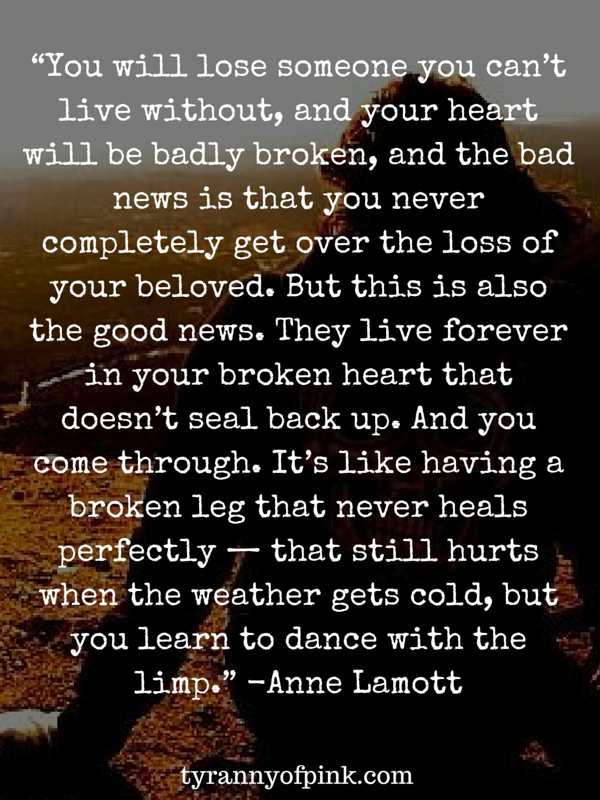 It leaves you broken

If you love some one, you don’t want them to die. You don’t want to have to live without them. You don’t want that to be your future but it is. Let’s not undermine the severity of the situation by using passive, gentle words to cover things up. They died. They are gone. If you’re like me, there is no afterlife to look forward to. You can’t be good in this life so that you can see them again. It’s just over. The end. Thanks for playing this game. Boom. Game Over!

If you ask me what my biggest fear is, I will tell you “losing someone I love.” I think the reasons are obvious but surprisingly everyone expects you to be strong. They expect you to get up and carry on with life. The wise ones do – that’s true but the expectation is to just pick up the pieces and carry on and that’s just not possible for everyone.

In actual fact, your mind becomes blurry. You stop coping with things so well. Even if you’re like me, a naturally together type person, life becomes extremely difficult. I knew I had to get shit done because I would die on the inside myself if I didn’t keep busy but it’s not easy.

[bctt tweet=”“To live in hearts we leave behind is not to die.” ― Thomas Campbell”]

When someone dies, more than just that person disappears from the world. With them, goes a will to live. The aftermath of death is destruction. Literally, spirits, hearts, souls, minds.  All broken. We don’t know what to do with ourselves afterwards. We cry and we mourn but nothing helps. So we pass blame and when that doesn’t help, we blame ourselves. After a while we find that the person we once were is nothing short of skin and bones. Dead too. On the inside.

You start thinking about how much easier it would be if it had been you instead of them. There is a lot of blame going around too. You blame anyone, you blame everyone. You blame yourself. If only I had done this instead of that. If only we hadn’t done this. If only….

There is always another if only to add to the list.

There is always something that you could have, should have, would have done.

The truth is that death just happens 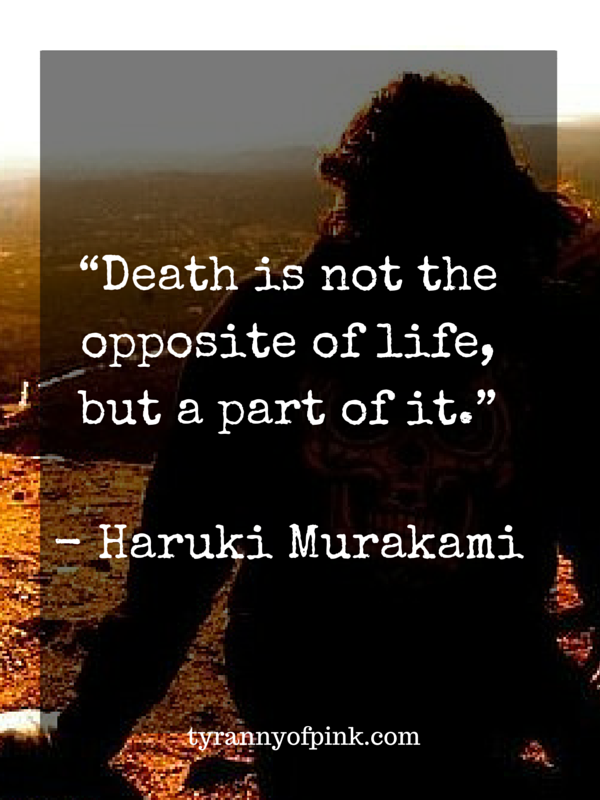 You could pray until the cows come home but if that person is going to die, nothing is going to change that. 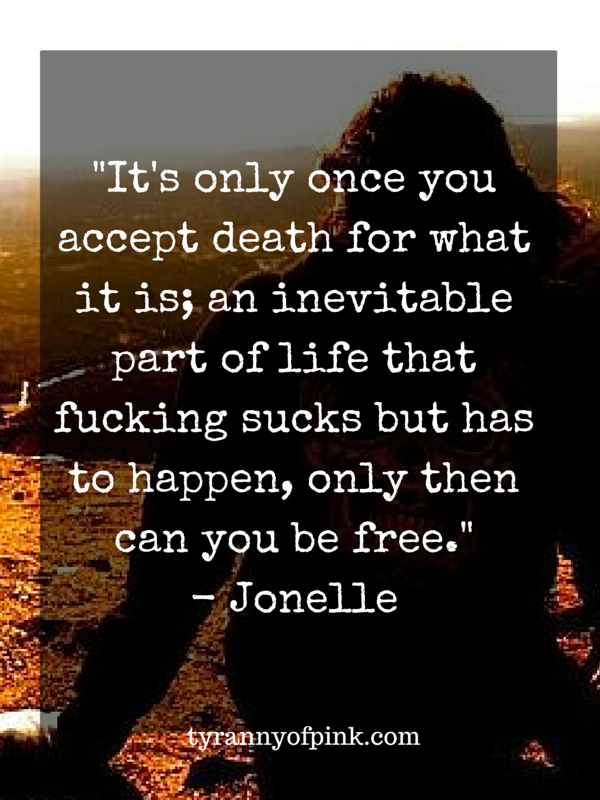 Coping with grief and the shit people say

Previous Post: « Five months and ONE HUNDRED posts later
Next Post: There are only two types of people in this world »