You are here: Home / Blog / Being Mom / To the woman who calls me a bad mother! #MomShaming

“The fact in that autism is up 800% in the USA. My doctor in Swaziland told me not to vaccinate my kids. I listened. K really was a genius at school. 11 A’s and of those 8 AA+. He also speaks 7 languages fluently. My work as a mother is done! I can only warn the others. Good luck. T and S were also not vaccinated until much later…10 and 11 years old. They are not nearly as intelligent as K. Vaccines contain mercury. If you are prepared to deliberately poison your grandson then good for you. I really couldn’t do it. ” – B

This is a controversial topic that lots of people agree with and lots of people don’t. I don’t like to talk about it because in all honesty, I don’t care about any one else’s opinion. What I choose to do, is really mine and my husband’s choice and I have no need to hear the arguments for or against.

A little while ago, you added me on Facebook and reminisced about the days you were friends with my mother. Thirty years ago. I don’t remember you back then but you were excited about connecting so I went along with it. That is until the propaganda started. You started sharing anti vaccination crap on my wall. I told you I believe in vaccinating my child. I said let’s agree to disagree but I will do things my way.

In a fit on anger you deleted me off Facebook. I was okay with that to be honest. You’re an old friend of my mother’s that I did not even remember. No loss here. And on I went with my life.

It wasn’t till you started harassing me through my mother that this became an issue. Tagging her in post after post after post of badly written “evidence” about vaccination conspiracy. Crap about Doctors being murdered off and the risks of autism. I’ll have you know, there are NO risks involved. It is well documented but hey, you don’t believe in science. You believe in herbs.

I’d have liked to see your herbs cure me from the sepsis that nearly killed me. No, science cured me. SCIENCE and medical doctors. Of which I might add, you are not.

Let’s get into that since you’re getting personal with me. You are just a normal person with some “life experience”you claimed to have gained from traveling the world. Well I tell you, I too have traveled. I too have seen the world… your experiences are nothing to me. They are certainly not proof that I should change my beliefs and put MY child, a child I NEARLY DIED bringing into this world, at risk!

You say, we are “poisoning” him. Well I say,  we are protecting him from fools like you. Fools who risk bringing back diseases that vaccinations have eliminated in the past. You don’t know how this shit works, you quote “proof” from websites run by ignorant people who have NO IDEA what they are talking about. You claim that not vaccinating your one child is the reason he’s “A genius”while your other two VACCINATED children are dumber than him. I ask, what kind of mother publicly shames the intelligence of her children?

You may think I’m a bad mother but I know for a fact that I’m a good mother. I am doing everything within my power to protect my child from people like you.

Your passive aggressive tactics may have for a minute upset me, not because I think you might be right but because after everything I have been through, I still have to defend myself to you. Show me the scars you got bringing my child into this world and perhaps then, we can talk about the medical choices I’ll make for him. Oh, that’s right, those scars are all over my belly not yours. FIVE surgeries later with another still to come, I brought that child into this world. I am his mother. I am the one who fought to live for him. To be here with him and I will protect him till the day I die. From all the ugly in the world and from people like you. People who take “traveling” as an education that makes them worldly and knowledgeable. People who think their experiences give them the right to say I am failing at being a good mother. Your choices may be good for you but they certainly aren’t for me.

I respect your right to have opinions, I respect your choice to make decisions for your own children. I do not however respect your disrespectful harassment of my decisions. My child. MY CHOICE and I choose to vaccinate him.

So dear B, I ask kindly, can you find another “fool”to educate about the dangers of vaccinations because this fool is too busy mothering her child to give a shit what you think. 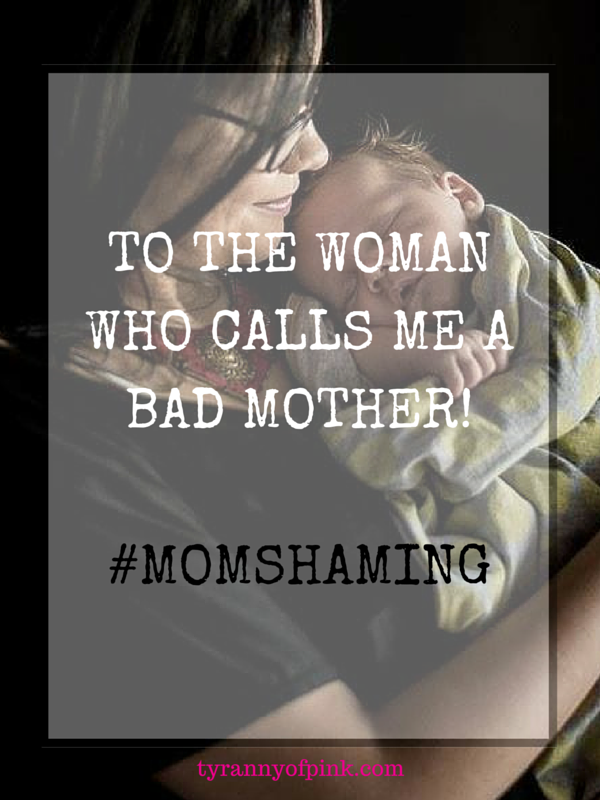 Previous Post: « 7 months with a colostomy and facing a dangerous reversal surgery
Next Post: My beautiful baby boy is seven and a half months old already!  »