You are here: Home / Reflections on Life / Social Issues / “It won’t happen to me!” But what if it does?

A little while ago I wrote an article about why the #CarseatFullstop campaign matters to me. Since then I’ve been very involved in sharing articles and information about the importance of using the right car seat (for the record, your child should be rear facing until age four).

Hearing Ina Meyer tell her story really hit these points home for me. I just knew it was a story that I wanted to tell. Then I put it off for weeks because I didn’t know how to begin talking to her. How do you approach a mom who has lost a child and ask her to talk about it? Well, she was amazing and although I’ve cried several times watching the video and reading her words, it’s a story that I know you need to read!

You hear a lot of parents saying “it won’t happen to me” but what if it does? What if the worst thing imaginable does happen to you? What if you could have prevented it but didn’t because you were “just driving around the corner?” What if someone else skips a light? What if they run into you while driving down the road? What if you told yourself the price of a car seat was too expensive and not worth it? What if your child wasn’t strapped in? What if in that exact moment, your whole entire life changes and your child is lost in an accident which could have been prevented?

It’s our job as parents to protect our children from the worst thing imaginable; death! It is our job to make the sacrifices necessary so that our precious children can live long and full lives. It’s our jobs to know better and do better!

“I would rather have a crying child, than an injured or dead child.” – Ina Meyer

This is her tragic story

I can only imagine that it’s a hard thing to relive but please will you share Nastasha’s story with us.

Nastasha turned 2 on 20 May 1994. On 9 June 1994 her father picked her up from the Daycare Centre. She was in a bad mood and did not want to be buckled in. As my husband did not want to drive with an upset child (as we all don’t), he let her sit on the backseat, but without a safety belt. At the time we could not afford a car seat, thus the absence there-of. They were on their way to pick me up from work, which was not very far from the Daycare Centre. On the way, another driver skipped a stop street and drove in front of my husband. He hit the other car on the passenger door. With the impact, our car’s backside lifted. The momentum flung Nastasha from the back seat to the front.

Dries found her on the floor in front of the passenger seat. She was conscious, but crying. She had a bruise on her chin. After a lot of back and forth, the doctors realised that her spinal cord was severed. She had a T1-injury. It looked like you sliced her spinal cord like a hot knife through butter. The specialists told us that a T1-injury is quite high and that Nastasha would be a quadriplegic. She was in hospital for 6 months, in which time we had to learn how to work with her. She was discharged just before the Christmas of 1994. On her 3rd birthday (20 May 1995), we had a special party and braai for her. Due to the severity of her injury, her lungs were not as strong as with a usual toddler. She picked up a cold that day which developed into full-blown Broncho-pneumonia within days. She died on 25 May 1995. 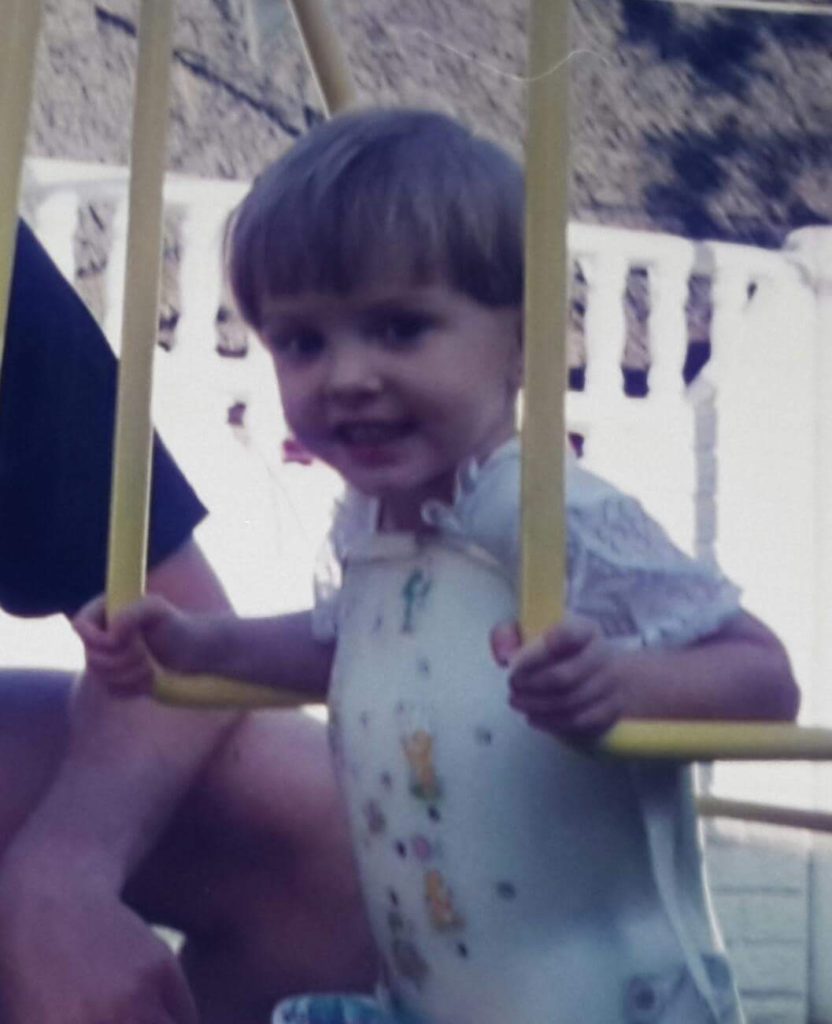 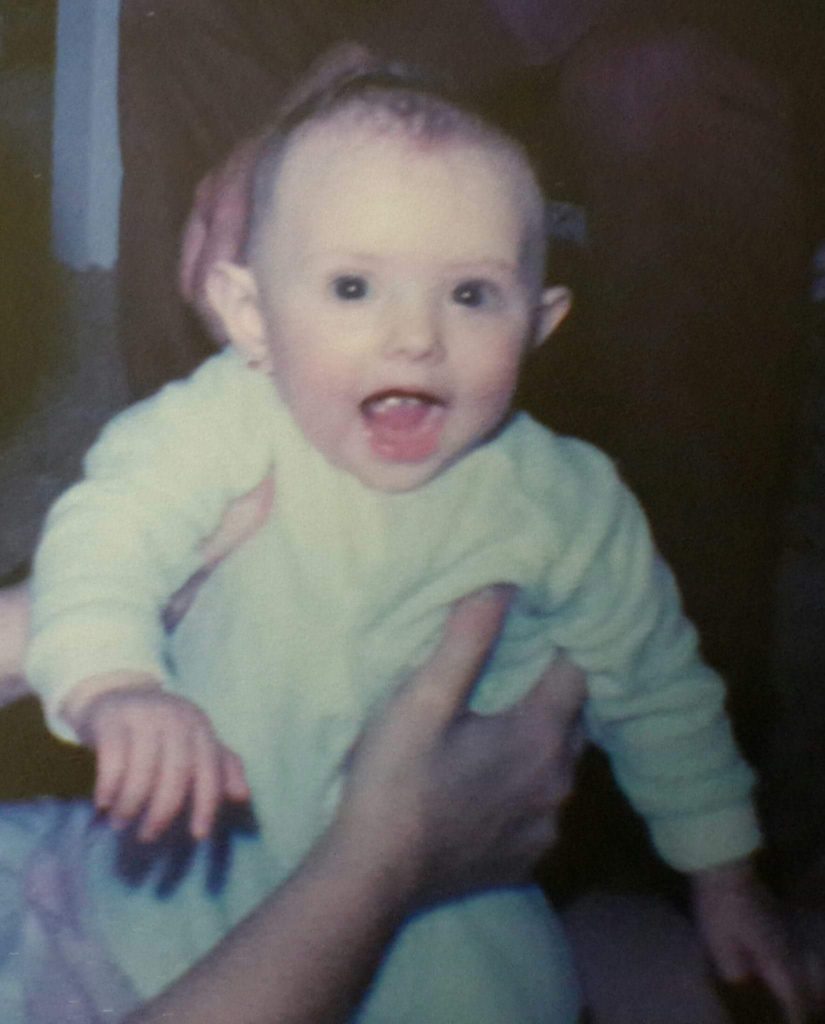 How did what happened to you, change your life?

It made me very aware of how vulnerable our children really are. We do not realise this until it is too late. We think that this type of thing only happens to other people. Or that you only going to drive around the corner. But most accidents happen closest to home. It is so easy not to buckle in your child because they are being cranky or crying and you don’t want to sit with that in the car, while driving. But I would rather have a crying child in my car, than a dead child. I also need to mention that I became a very over-protective mother. It took me a very long while to feel that my kids will be safe, even if I’m not there to protect them. I sometimes still struggle letting go.

How did it affect your family?

My husband’s mother took it very bad. Nastasha was the first grandchild and the apple of everyone’s eye. But it also was a hard lesson learned. After Nastasha, all of us were very pedantic about getting car seats, no matter the cost.

Why do you think that in 2016 parents are still not buckling their kids in?

I do know that the car seats are very expensive and this might be one of the contributing factors why parents are not buying the seats. But there are parents who have the seats in their cars, but their kids might be standing on the seat. I think it has a lot to do with ignorance and sorry to say, also laziness. People do not realise the consequences of their actions, until it is too late. We had to learn the hard way. But this is not fair towards our children. We should protect our children from harm, not look for the easy way out. The question is: will you throw you child (who cannot swim) in the deep end of the pool without some kind of floatation device? Then why risk their lives by not buckling them up while driving? Same difference.

What do you have to say to parents who think “it will never happen to me”?

I always thought the same thing. And then it did happen to me. Worst is, it happens so fast and when you least expect it. Parents might think that they are okay if they buckle up their kids when travelling for long distances. But this is not true. It can happen on the short distances as well. On the way to the shops just down the road even.

Do you have any advice for parents who struggle with strapping in their kids because their children don’t like being in their car seat?

As I said before, I would rather have a crying child, than an injured or dead child. My sister’s son has on occasion really been difficult and will scream all the way from the mall to their home. But she still keeps him strapped in. She keeps on assuring him that it is for his own safety. Plus, if a child learns from a very young age, that this is how it should be when getting into the car, they will accept it as a norm. Parents should also lead by example. They should buckle up themselves. There is no easy fix for a child who does not want to be buckled in. I can only say that parents need to persevere.

What do you have to say to parents who think car seats are too expensive?

Having children is unfortunately an expensive exercise. Once you get pregnant, you need to realize that it takes a lot of money to keep your child fed, clean and safe. I know that this angers parents when I say this to them, but unfortunately it is the truth. And our children’s safety should be one the highest priorities in our daily lives. But, due to this high cost of car seats, the car seats initiative driven by Peggie Mars (Wheel Well) is a great way to get a used, but clean car seat at a fraction of the cost.

Do you have anything else that you think parents should know?

Losing a child due to a sickness is terrible. But losing a child due to your own negligence, is almost crippling. The guilt is something me and my husband both have to live with on a daily basis. And I say both of us, because I was just as guilty at the time. I have done the same thing by not buckling in Nastasha on numerous occasions before the accident. Your child’s safety is your responsibility and an accident really happens so fast. And the statistics are just getting worse, because we have more and more vehicles on the roads on a daily basis. Make the expense and buy a car seat and then make the time to buckle your kids up. If you really love your children, you will do this. Always. 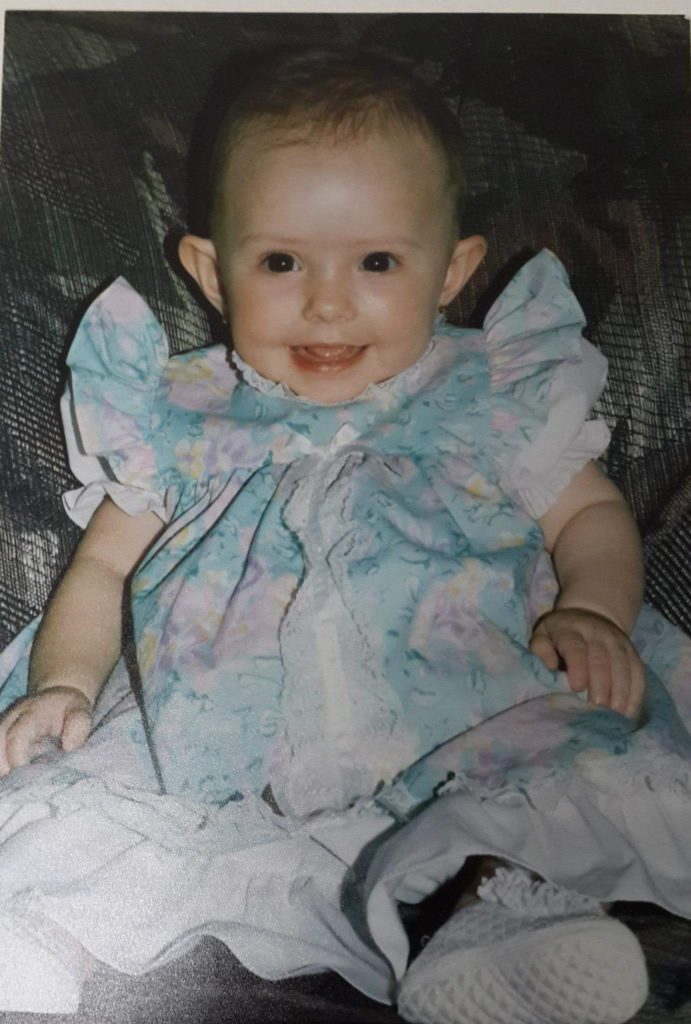 A huge thank you to Ina Meyer for sharing her story as part of the #CarseatFullstop awareness campaign! I have no doubt that reading this story in the words of a mother filled with regret and heartbreak will change lives! I know that sometimes, we think “it won’t happen to us” but seeing the damage that can occur from a “real life” person’s perspective can make all the difference.

I can only imagine how much pain telling this story over and over again causes but I hope that the lives of YOUR children will be spared because of the courage shown by Ina! Thank you!

If you have a car seat you’re not using anymore then DONATE it to Non-Profit Wheel Well who run a “Car Seats for Kids” campaign! Car seats can be dropped off at ANY Volvo dealership!

#CARSEATFULLSTOP IS SPONSORED BY VOLVO CARS. YOU CAN DOWNLOAD THE FREE CHILDREN AND CARS MANUAL HERE.