Living with Intention/ Being You/ Blog

That time I thought I was in a Saw movie!! [but it was actually just my eye surgery]

A week ago I finally went through what was probably the most scary and most exciting experience of my life. I had eye surgery! LASIK surgery that I’ve been waiting to do for a really long time.

The first time I went to get assessed and had the money to get it done, my eyes hadn’t settled and I was told to come back in a few years. A few years later as a struggling student I couldn’t afford it anymore so I just accepted my fate as a member of the glasses wearing community. Fun fact, I can’t handle putting eye drops in my own eyes so contact lenses were not really an option. I got them for my wedding but I just couldn’t do that long-term so I just wore glasses.

I recently decided that it was time to get my eyes tested again. We are moving to New Zealand soon and medical care over the there is quite expensive so I bit the bullet, faced my biggest fear and booked a dentist appointment and decided that while I’m at it, I might as well look into getting my eyes done.

A friend posted on Facebook about his eye surgery and I decided to book an appointment with his Doctor and see what my odds were.

Step one – Getting tested

The Doctors office is based in Constantia, I live in Blouberg – which means a 45 minute drive each way. The drive was not the most fun part of my experience. It was definitely worth it though. You have to go through a number of screening procedures… the first one is a basic test to see if your eyes are suitable for the procedure.

Once they’ve determined that they are suitable, you go for more tests to determine your exact prescription. You also visit the eye hospital and have an orb scan which is basically a machine that measures the build of your cornea including the thickness of the surface and the shape of your eye.

After this test is done – there’s a follow-up appointment with your eye doctor to finalise the measurements of your prescription for your surgery! Eek

I was told to come to the eye hospital the following morning with absolutely no eye product or face products on at all. Which obviously makes sense but gees it was weird leaving the house with such a naked face.

I wasn’t nervous throughout the entire experience until this point. I knew I wanted it done. I knew I’d had much worse experiences with surgery so I wasn’t at all nervous for the actual procedure. I just didn’t enjoy all the driving to and from the appointments I’d had.

I had a few chats with friends who had had it done and it honestly helped to cement my decision. Not one of them regretted their decision and there was a lot of “it was the best thing I have ever done” being said so I knew I was definitely making the right choice and that I needed to go through with this. So thanks to all of you for your positive reassurance. My friend Matt especially helped with the niggling stress I had about the actual procedure. It’s so nice to have someone tell you the actual truth about what they went through.

Day of the procedure 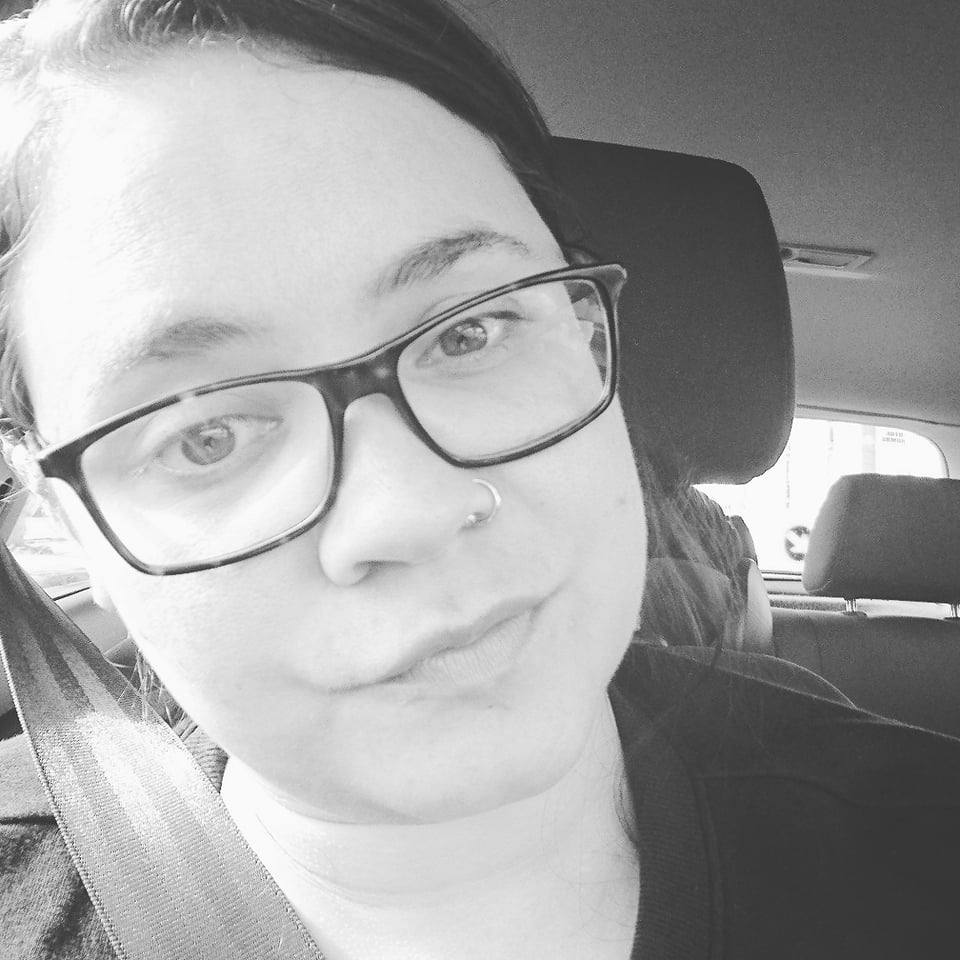 I arrived at the eye hospital at 9am, my procedure was scheduled for 9.30am and I was terrified! I don’t know why but I woke up that morning thinking about the fact that my eye was going to be cut open! WHAT WAS I THINKING agreeing to get this stupid procedure! I was obviously insane!

Luckily, as I walked through the door I was handed a happy pill. Everyone who has the procedure is given one and I wasn’t going to question that. I NEEDED it! I was truly ready to just leave. Thankfully the pill kicked in pretty quickly and I calmed down a bit.

While I waited I was given anaesthetic drops in each eye. More in my right eye as that eye would be going first and I’d get more in the left during the procedure!

There was a lady going in before me though she was too scared to have both done at once so she only had one eye to do. She came out looking relaxed and calm and that really helped.

I was called in and I felt a lot more calm than I had when I arrived – yay for happy pills. I was taken into the procedural room and I was a bit taken aback by how official and medical everything looked. I’m not even sure why… that’s what you’d expect right?

Anyway I lay down on a bed and a very lovely lady held my hand as the procedure started.

My eye lashes were taped out the way, weird and then a weird suction thing came down and sucked my eye-ball up (I’m sure there was more to this but this is what it felt like) and after a little while, I was told not to move and “things” happened. All in all, this procedure lasted about half an hour but the laser part of it is actually only a few seconds.

Okay so right eye done – not so bad so now it’s time to do the left eye!

The first thing my doctor says is that usually, the left eye is worse than the right eye but of course, I’m a veteran at this whole surgery thing, I’ve got this handled.

Doing my left eye was absolutely TERRIFYING! I’m not even joking.

What the actual hell??

I know the Doctor said that the left would be worse than the right but I’m not even joking that it was literally the same procedure except my brain went into panic mode and I tried to leap out the way of lasers while it was basically fixed to my eye… it really wasn’t any different but psychologically it was so much worse.

I reckon your brain just reacts like that because it knows what just happened and it’s such an illogical and unnatural experience that your fight or flight kicks in.

Thankfully it was over REALLY quickly and my performance in an instalment of a Saw movie was very short-lived. I sat up and my vision was super blurry and I was disoriented – instructed to go home and sleep that afternoon which is exactly what I did. 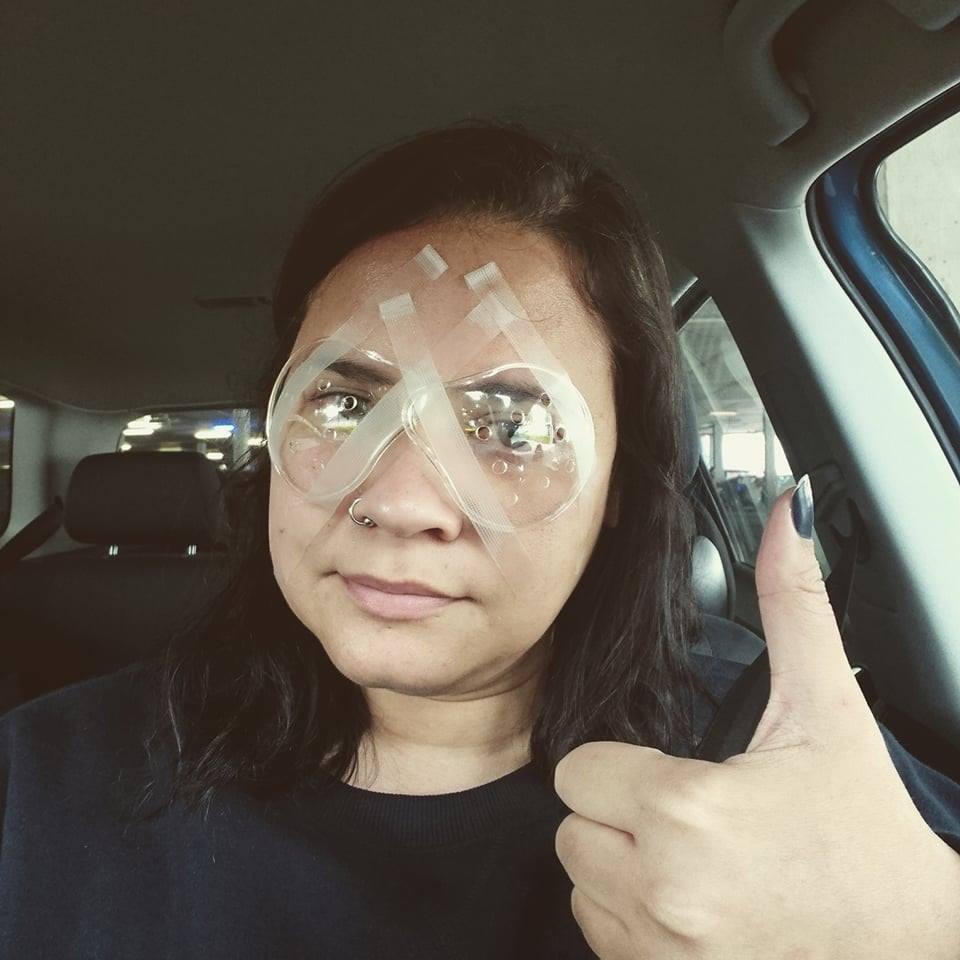 I went home all goggled eyed with eye drops to use in my eyes four times a day for a week – and remember how much I love eye drops? Well that was going to be fun.

I was given a very long list of things I can not do. I was reminded that my eye basically had an open flap and I was under no circumstances to rub it. No make up for a week and no swimming and contact sport etc for days… no worries about all the sport stuff, I’m super terrible at exercise anyway sooo…

I woke up at the crack of dawn and the first thing I did was take off my protective goggles which were taped in place by the stickiest tape I’ve ever come across in my life. I wasn’t allowed to wash my face or hair so I basically had to spend the day covered in glue. AWESOME.

And then I put my drops into my extremely itchy eyes and I waited a little while and I looked around.

My vision was perfect!

I had an appointment that day with my Doctor and he confirmed that I had 20/20 vision. I could hardly believe my own eyes (okay ears but I couldn’t resist). I was over the bloody moon.

My eyes were super itchy I’m not going to lie.

Would I do it again?

I’ve spent the last week being perfectly able to see everything.

I still push my “glasses” up my nose and laugh at myself because this habit is hard to kick but I’ve walked in the rain and NOT had to clean glasses, I’ve been wearing SUN glasses for the last week – a luxury I couldn’t do for the last while. I don’t have my glasses smushy and filthy every time I kiss my child. I’m not blind when I wake up in the night. I can’t actually believe that this was such an easy procedure to have done. I’m so thankful that recovery is relatively short – you could literally drive the next day if you wanted to. I woke up with eyes that WORK!!

It is honestly THE best thing I’ve done in a while and I really wish I had done it a lot sooner!!

It’s expensive, no denying that but if you think about how much glasses and lenses cost it basically works out saving you money over the ten-year period during which you have PERFECT vision.

I have another appointment with my doctor next week (should have been this week but I’m in Joburg visiting family) and hopefully he will say everything is still perfect but I can’t imagine anything else. As of tomorrow I only have to use the eye drops twice a day and I have others for if my eyes get dry, hypromellose for dry eyes is brilliant at this! They did get really dry on the plane but eye drops really sorted that out quickly so it wasn’t an issue.

Do I have any regrets? Only that I didn’t get it done sooner!

The procedure was scary, sure, but it was over SO quickly and I will have eyes that work perfectly for the next ten years at least. In my books, that’s a win! 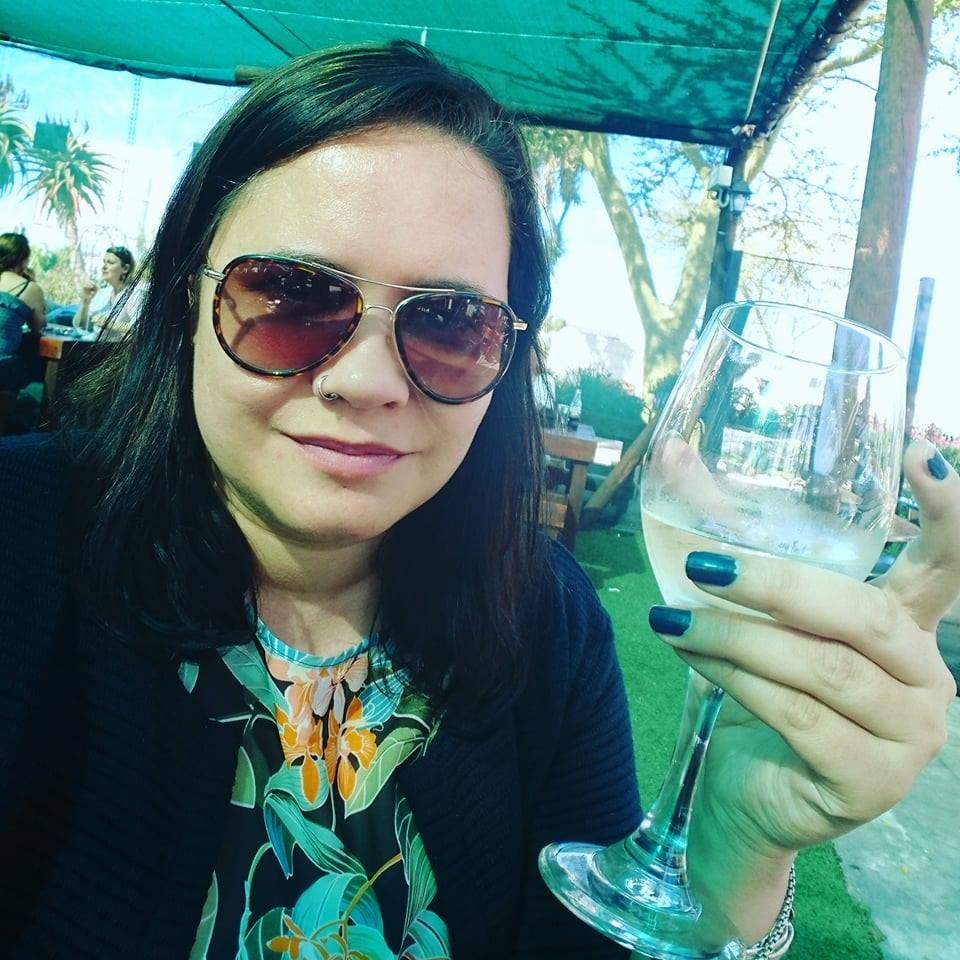 The struggle is real | Migration Tales

Living with the stigma of a medical condition!