You are here: Home / Blog / The road ahead

“Would you tell me, please, which way I ought to go from here?”
“That depends a good deal on where you want to get to.”
“I don’t much care where –”
“Then it doesn’t matter which way you go.”
Lewis Carroll, Alice in Wonderland

There are moments that mark your life. Some of them good, some of them bad. Some of them neutral but they change you without even intending to. Everything becomes before or after. Those moments, though you don’t see them coming, have the power to change the path of your future.

You arrive at those roads at different times, when the paths divide and you must choose which way to go. Sometimes the choices are simple, straight forward and immediately obvious to us. Other times, the choice is much more complicated. We sit down at the cross-road as we contemplate our future and decide which way to go. What ever we decide in the end, only we can truly know which road to follow.

I have always been the kind of person who makes plans. I plan everything. In fact, for the longest time my life motto was “fail to plan and you plan to fail.”

However, as I get older, maybe wiser, I have started to realise that even the best laid plans don’t always go the way they should. Sometimes, we intend for things to be a certain way, only to be disappointed when they don’t go as expected. Perhaps the solution isn’t to throw our plans out completely but instead, embrace that change can happen and like the wind, it is often unpredictably and happens without warning. If the old saying is anything to go by “A reed before the wind lives on, while mighty oaks do fall.”

Then I leave you with this last thought, if “even the best laid plans of mice and men often go astray”, are you prepared to bend in the wind? 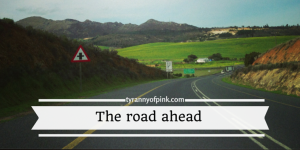