You are here: Home / Reflections on Life / Being Successful / The challenge of being raised as an independent woman in a patriarchal family!

Always be a financially independent woman

If you follow a path that leads you to financial freedom, you don’t need any man’s permission. You can be who you want to be. You can do what you want to do. You can go anywhere and change the world.

But first, “Have you dished up a plate of food for your boyfriend? Shame, he looks hungry.”

Contradictions flew at me from every direction

I spent a lot of time feeling really confused. I was taught to be strong and independent but that men eat first. Men are served. Men are the bread winners in the home. Just not your home, no you need to be the bread-winner. Just don’t make your husband feel small if you earn more than him.

Women, well, we have our place. Usually, it’s in the kitchen, cooking and cleaning up and being a good wife.

We raise our children and we feed our families and we take care of out homes. Cleanliness is next to godliness and all that.

Yes, my childhood was literally one contradiction after the next.

I was taught to take control but I was labelled “bossy”  when I did.

I made my own choices and after years of being taught to “be the head not the tail,” I was naturally a leader. It was who I was then, it’s who I am now. Except I was often called bossy. Why? Because I took charge of situations. I handled things without being asked. I made decisions about the games we would play. Even as children. I acted like a man should.

I was the eldest of the four grandchildren that played together. Naturally, my role fell into place. Decider of games. Explainer of rules. I was always the decision maker because no one else ever was and decisions had to be made.

The role continued into adulthood

At school, in group settings, I naturally fell into the role of the one to divvy up work and decide who handles what. My position continued while I was at University.

Always the person elected to speak up when we weren’t happy with something. Always the one elected to ask questions and represent the class.

Always the project leader who does the final proof before submission. I was well aware that often this meant carrying the burden of putting in extra work editing to make an assignment flow in one voice but that was okay.

That voice was mine.

The double standards of sex and relationships

I was warned about teenage pregnancy. I was told not to be promiscuous. I was warned that God does not favour the “loose” as if being a woman and having sex is a sin. It took me a long time to realise that this wasn’t the case.

Of course the men in my family were labelled “play boy” and “charmer” and “ladies man” because it’s okay if men have sex with everyone. It’s okay to go around and be irresponsible and have affairs and generally be shitty to your wife because you’re a man. Being a man changes everything. No one will look down on you if you’re a man making bad choices. 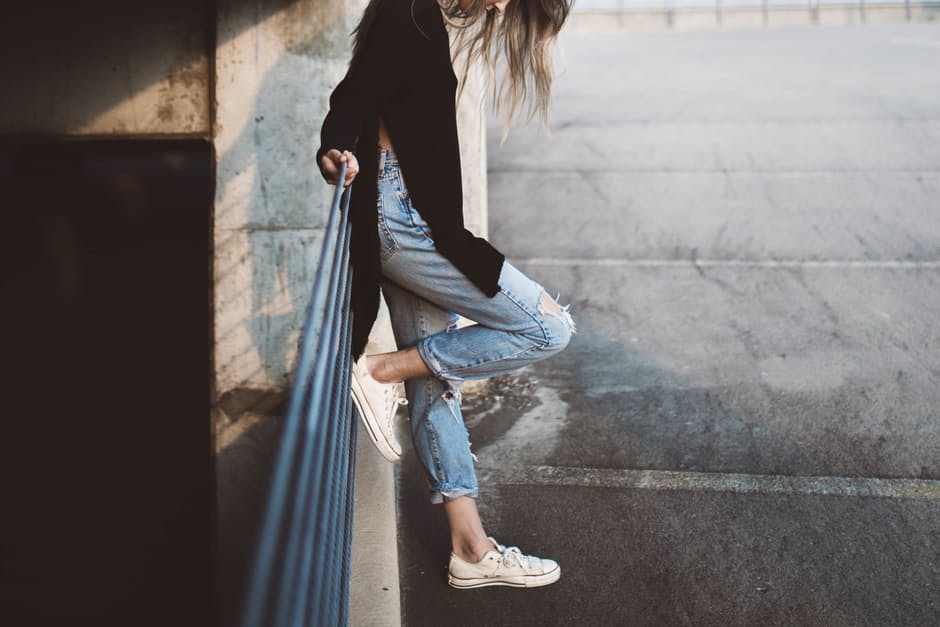 And a man is the boss.

He is the breadwinner and he takes care of the family. So as a wife, you need to sit quietly and accept your fate. You’re just a woman. How strange is it that I was raised in this manner? Every second of every day a contradiction.

I was the only daughter and eldest child of an extremely sexist, chauvinistic and successful male. Like I said earlier, I spent a lot of my life feeling confused.

The rules were always slightly altered for me. I should break boundaries but only if they’re appropriate boundaries for a woman to break.

I can’t ride motorbikes like my brothers do because I might get burnt. I can’t be a grown woman with burn marks and scars on my legs. No, instead I get left at home while “the boys” go out and play.

I must go to university and smash the rules and become successful. But I must also “learn to cook because otherwise no man will marry me”. This is something my father actually said to me. I married a man who cooks just as often as I do.

A result of this dichotomy meant that for the longest time (literally until I actually got married) I didn’t believe in marriage. I didn’t believe in being a wife and I didn’t want children. I didn’t want to be told what to do. I didn’t want to carry the burden that came with being a wife. Coming second and having a whole new set of rules apply to me. You see I could be successful, and achieve my dreams and goals – as long as I wasn’t putting my husbands needs or his ego second. I had no interest in playing this game.

I wanted to be successful and climb ladders and smash glass ceilings.

I was determined to be the best and most successful woman in my family.

Eventually I learnt that success doesn’t have any one size fits all models. Success is directly related to your own personal goals.

You can be a successful woman and a wife and a mother all at once. You literally can have it all.

I was the first person, not just woman but person, in my family to get a university education. I had those goals, I wanted a Master’s degree so I did that. I crushed those goals and I made my family proud. Then I decided that I wanted to be a writer and stay home and start a family.

That part was a lot harder for me to accept than any other decision I’ve had to make. In my head it meant being everything I had fought against. It meant becoming a “traditional woman” and staying home with a baby. What a silly view that was. But it took a minute before I realised that success is relative to your goals and your dreams.

Success isn’t one size fits all

What are you goals as a human being? Are you achieving them? Are you smashing those goals? Then guess what? You’re successful and no one has the right to tell you otherwise.

Not everyone has to want the corner office with the view that looks out over the entire city. For some, success is having a baby. For others, success is an education. For other people, success  might just be waking up and finding the strength to get out of bed every day! And that’s okay too!

One thing I learnt from my experiences in a patriarchal family is that no matter what you do, you’re always going to be a seen as a woman. So instead of fighting that, I have embraced it. I am a feminist through to my bones and I believe so strongly in your right as a woman to choose the path that makes you happy. Whatever path that is.

If it makes you happy to be a housewife then go be that and don’t let anyone tell you that’s not okay!

For me, success is about proving to myself that I can achieve my goals. It’s about having a family that I love, that loves me back.

It’s about breaking boundaries of what I “SHOULD” be doing. I was never going to be that person, happy to live in little boxes of what other people think I should be doing. It’s about doing what you WANT to be doing.

Eventually I rode that motorbike. And my dad said he wished he had taught me sooner, he died before he had the chance to really teach me fully.

What matters most to me, is that I refused to be defined by the expectations that dictate what a woman should be like.

Life is about being happy.

Do whatever it takes to make that happen for you.

What does success mean to you?

Previous Post: « Mom totally overwhelmed! My new normal!
Next Post: One month of preschool for my toddler! All the tears and laughter! »