You are here: Home / Reflections on Life / Being Successful / Somewhere in the middle where education and love meet

This isn’t a post about how important education is, it’s something else instead. It’s a story from my past as much as it’s a story about my present.

You see, my incredible husband graduated with a distinction for his Masters research this Friday. And I sat in that room, beaming with pride and even more, completely in awe of the person I watched walk up on to that stage.

A few years ago, I met this boy. He was only 21 and I was immediately over the moon and in love. I knew from the day I met him that I wanted to spend my life with him. Sounds clichéd but it’s so true. And now, he’s almost 30 and he’s someone who I am so proud to be married to. He worked so hard for that degree. Harder than one person should have to.

You see, during his research, we started our family and I was pregnant and miserable and then I was in labour and then, suddenly on the edge of death. I spent most of a year in and out of surgery and recovery and a couple of times even in ICU.

That meant that our newborn, barely spent any time with his mother during the first part of his life and it was in those moments that I realised just how great a man I had married. He carried us both during that time. He woke up for all the night feeds and bottle fed our son. He cared for him and he cared for me.

During that time, he worked on his thesis, he took care of his son, he hardly slept and he nursed me. He helped me clean my wound. He held me while I cried over the changes that my body had been through. He held me through it all. He carried us to here.

And I sat in his graduation, the proudest moment of my life. 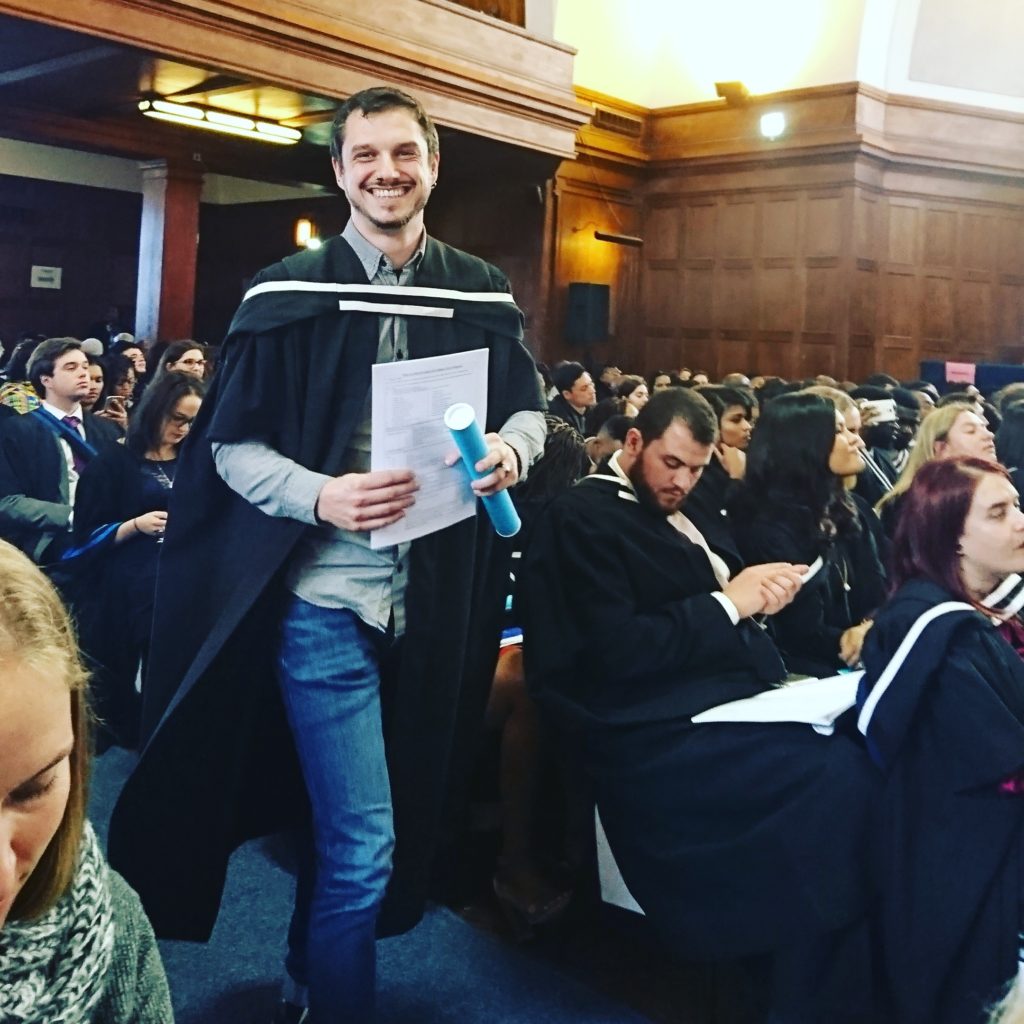 Because this man I married is something truly special.

And I watched others walk onto the stage too. Beaming with pride. But what I loved even more was seeing the pride in the faces of their loved ones.

At one point, I watched an old man walk down the aisle with his cane. One step in front of the next with a wobble each time. In his other hand, a camera. And he got a few paces ahead of where I was seated and he crouched down into a position an old man should not be in, and he took a photo of a young man on that stage. I wondered if that was his son or perhaps his grandson and I remembered my own grandfather at my graduation.

My grandpa always valued education above anything else in life.

It wasn’t much of a choice as it was an expectation of me to go to university. I was the first in my family to do so and he always boasted that I had paved the way for the younger grandchildren, several of whom have since attended and graduated from various universities themselves.

Education was everything to him.

And I thought about the love and pride of family members standing in the hall and seated on the chairs and I knew how much that day meant to them too.

And as I watched my husband carrying his degree with pride, I felt my heart swell up knowing how hard he had worked. And a little voice whispered to me, that my grandpa would be so proud of this man who I married and brought into his family.

In that moment, with tears in my eyes, love filled my heart!