Not all that long ago, I was crumpled over myself in pain telling myself it’s just Braxton Hicks. It had to be, my baby was not due just yet. So there I was running myself a nice bath to help me relax before my obviously much wiser and much more realistic husband dragged me off to the hospital.

I remember that day like it was yesterday. Every tiny detail of the traumatic emergency c-section birth that brought my little baby into this world with a bang that moved the earth. Yeah it wasn’t your normal straight forward birth that’s for sure. My little man made sure the world knew he had arrived.

So it’s weird to think that it has been two whole years since the day that changed my life! That day that made me officially a mother and set the steps in motion for me never ever putting myself first again. AND then all of a sudden he was one and now he’s TWO?! Like how did that even happen!! 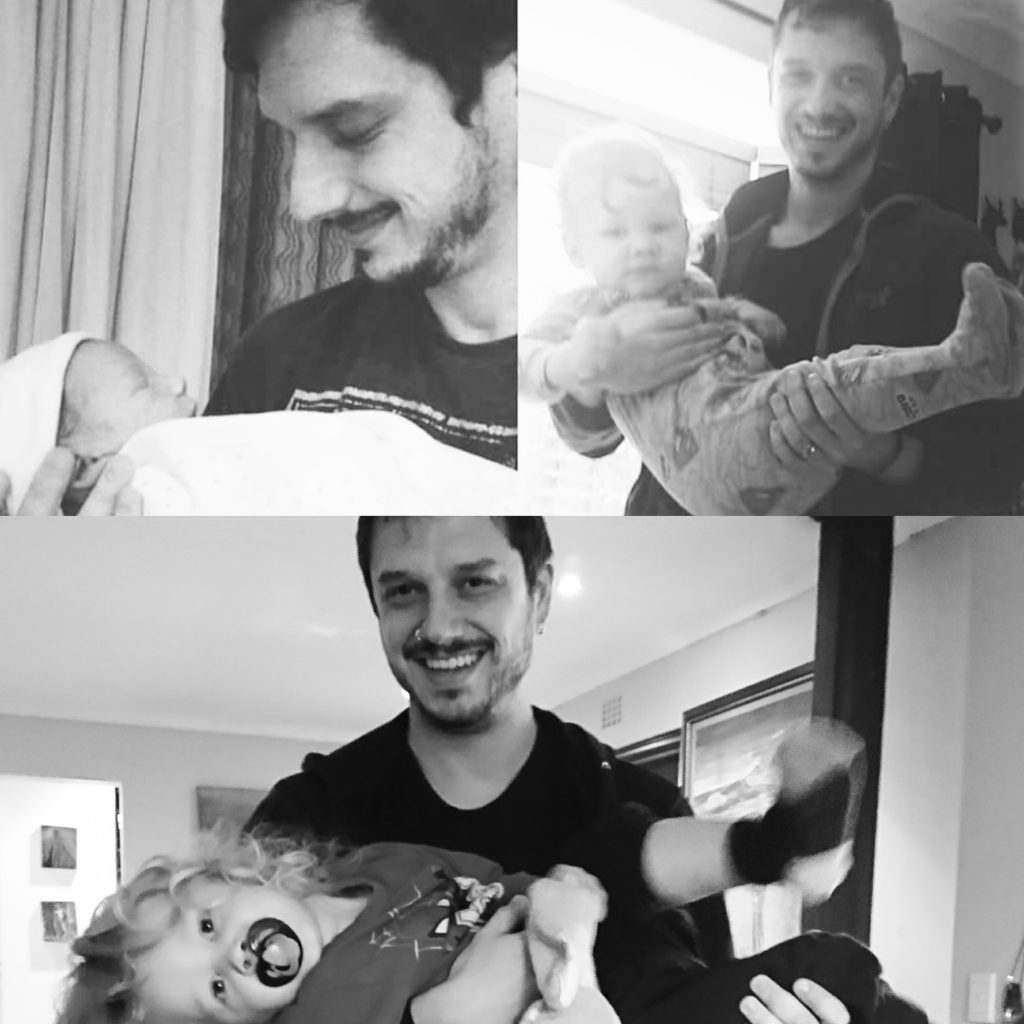 Yup, my little guy turned two. TWO on Monday!! I don’t even know how to process the feelings I have about being the mother of a toddler who has just hit the terrible twos. An age he has embraced with a big bear hug! The morning of his birthday we woke him up with singing and presents and cake which he thanked us for by bursting into tears because who sings that early in the morning! Hmmm looks like we might need to work on that whole birthday thing! Maybe a nice quiet happy birthday next year?

Then  he threw a bunch of presents on the floor before even opening them because they just so happened to be between him and the giant wrapped box at the bottom. Oh and did I mention that instead of blowing out his candle he insisted on sticking his fingers in the flame. Note to self, must teach child not to touch fire!

Anyway the rest of the day was kinda the same – him showing us that he has arrived right bang on time into the terrible twos. Oh my, give me another glass of wine won’t you – I don’t know how I’m going to cope. I’m told that age four is when this nightmare behaviour starts to ease up. I suppose I should buy my wine in bulk till then!

On a more serious note though (no, I wasn’t kidding about the bulk wine)

He’s suddenly turned into a little boy. There is very little evidence of the little baby that I used to rock to sleep. I’m not even going to lie. My mama heart is sore just thinking about how big he is and how much won’t be the same. I will never get to rock my baby to sleep again. I will never get to wrap him up in a little blanket and hold him in my arms and I will never hold another bottle in his mouth while he drinks himself to sleep. It’s a weird thing to miss but I think breastfeeding moms must really struggle with this phase. The end of the baby – the end of the connection you have in that private moment shared with your child. I never got to do that and have that experience and although Oden has been off his bottle for over a year already, I still feel sad thinking about the end of the baby phase. 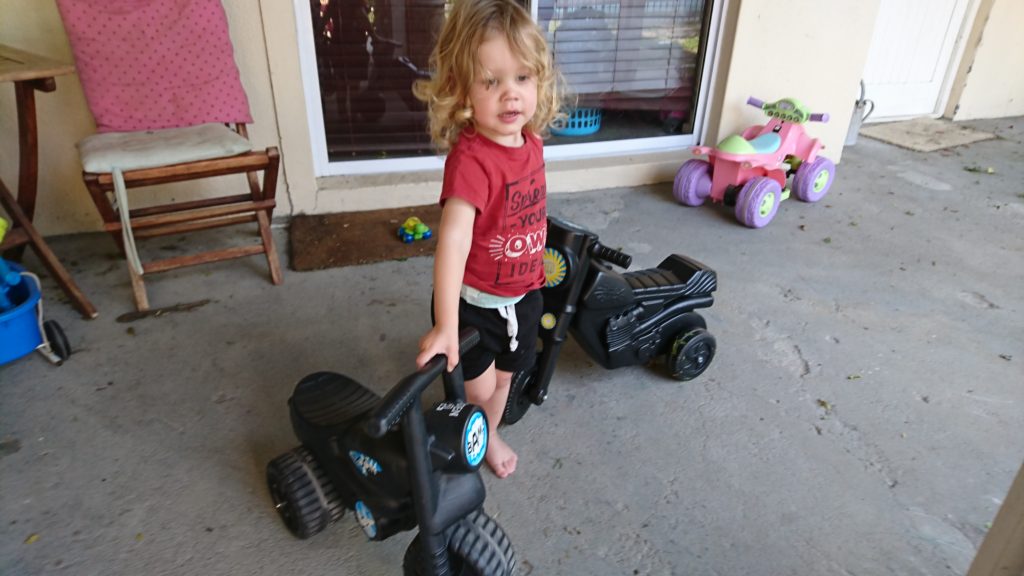 So much changes in your child and your relationship with them as they age!

Like how on some days he wants nothing but his dad and on others I am the only one that he wants. And on the days when you’re not the chosen parent, your heart can’t help feeling a little bit wounded and unloved but then you say “I love you Oden” and he responds “Luff Ewww Ma-maaa” and everything melts away and you’re okay again.

And my life is truly not my own anymore – everything is about my beautiful baby boy who I love more than anything. Everything he does makes my heart swell. Unless he’s being a little shit in which case my heart is not swelling but instead pounding. Yup, hello terrible two’s!

When he’s not being a little shit though, he is truly the kindest, sweetest and most generous child. He is always willing to share his food or snack with you and if you ask for a bite, you better be prepared for the soggy half chewed up what ever he is having to be shoved into your mouth. Yup, he’s a big-hearted and loving child. He loves to cuddle on the couch. The part I’m loving at the moment is how he starts his day. He wakes up and then loudly sings to himself for about half an hour before deciding he’s ready to get out of bed. So we start our days being serenaded by a happy little boy!

I can’t emphasise more how happy being a mother has made me. For a while I wasn’t sure it would happen and then after he was born, I wasn’t sure I’d be around to watch him grow up. But I am and I get to share everything with him and celebrating his second birthday is a huge deal to me because I almost missed them all. I almost missed everything. What a loss that would have been. For me of course, he wouldn’t have known anything else but wow, what a special child he is.

I feel truly thankful on this day, and all the ones I’ve spent with him till now. My boy is TWO. That’s two years I’ve spent being his mama when I never thought I’d make it out the hospital. 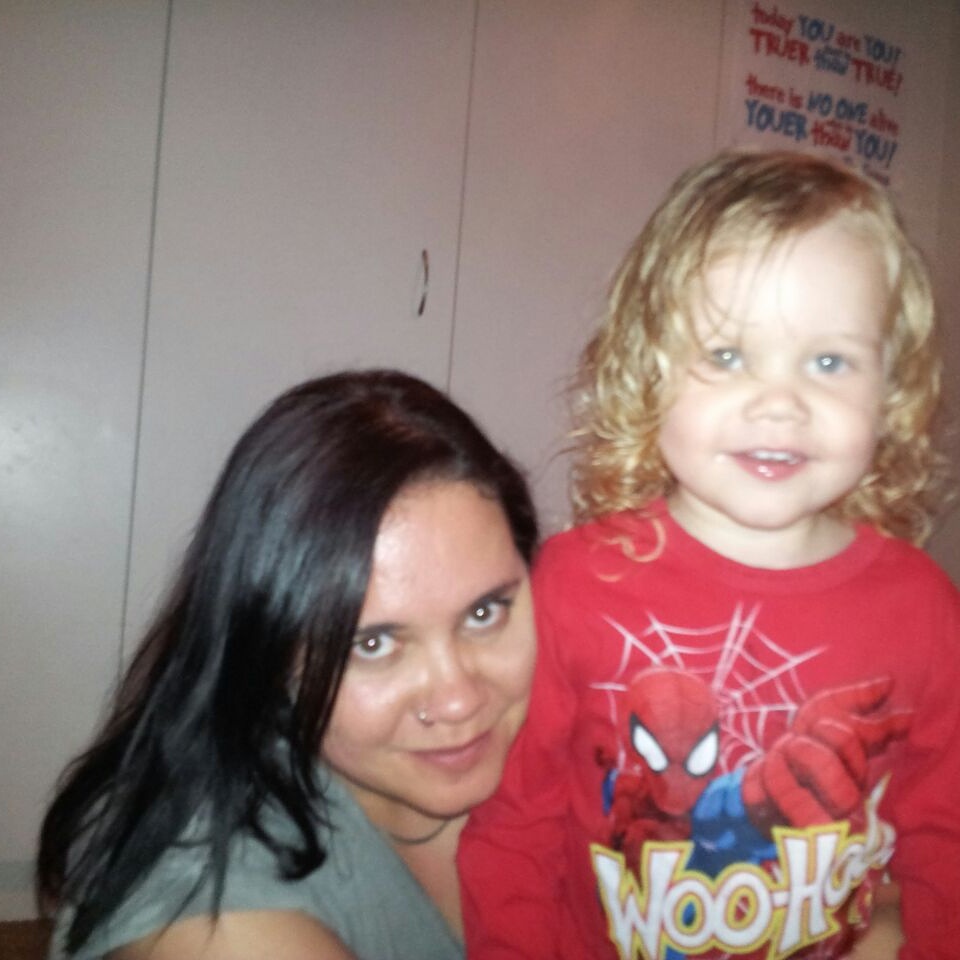 Happy Second Birthday Oden  <3 I’m so thankful I get to be your mama!