You are here: Home / Blog / Being Mom / The Pregnant Grump – 7 Months Later

I’ve been pregnant for just over 7 months (the LONGEST 7 months of my life). In that time I’ve discovered a few things about other people, about myself and about my little guy. Some of them good, some of them bad. Some of them funny, some incredible and beautiful and some of them just plain meh…here you go. Form your own opinions… 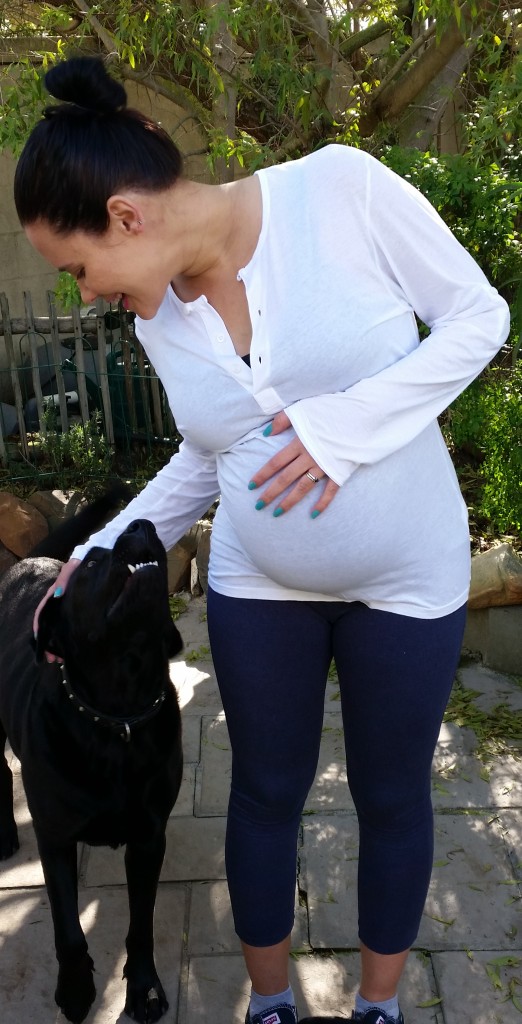 1. People will stop caring that you are still a person.

I can’t remember the last time someone opened a conversation with me that did not start with “how’s the baby?” I tell you it’s nice that they care so much about my baby but I would just once like to be asked how I’m doing as well and not in the context of how are things going with my pregnancy. Just you know, normal stuff about the rest of my life. Oh and as much as I’d LOVE to know, I have no idea WHAT the baby is up to in there. Just so you know. Growing?

Was the baby planned for? Did you struggle to get pregnant? How long have you been trying? Did you always want children? Now these may SEEM innocent but what you’re asking me is if I’m responsible and actually wanted the baby I’m about to have (for the record yes he was bloody well planned). I think the children question is pretty personal too because while people are often asking you about your desire to procreate and reproduce, they’re also waiting to jump in and tell you just how wonderful it is having a child. This leads me to another favourite question.

Yes. We do – it’s a boy. Okay no issues with this one until it’s followed up with statements like this one;

4. “Well the next one will hopefully be a girl.”

Okay firstly – there’s no rule that says that when I’m pregnant with my first child I must immediately start planning the next one. As if one isn’t enough. I’m terrified of this one as it is thank you very much. Secondly, we then often explain that actually it will definitely be a girl because we are adopting IF we have another one. The reaction to this is immediate. SHOCK and HORROR. Then we are asked further questions such as..

The answer to this seems pretty obvious, we are about to give birth to our biological child and yet we are obviously in favour of adopting our second child on account of the fact that oh I don’t know – we just told you we are going to do just that. Next.

“There are so many issues with children that you didn’t produce.” Hmm, yes. And ones that we did too no doubt. Thanks for that. At this point we are often informed that we are “brave” and that they “wouldn’t have the guts to do it.”

I once even had a story told to me about a woman who adopted FIVE children and they were such a disappointment to her that she “gave them all back” – for the record, this says more about HER than her five returned-for-the-deposit children!

Okay, thanks for that! Moving on.

Seriously. I always knew that pregnant women have to pee but holy mother of May it’s like I need to pee every ten minutes! Including in the middle of the night – several times. As if not sleeping and not being able to get into a comfortable position in the first place isn’t suffering enough.

8. When the baby moves and kicks it’s AWESOME – (oh look a happy point!)

I mean really mind-blowing awesome. Sometimes I am so completely blown away that my little person is moving that I can’t do much more than just sit and experience the moment. It’s beautiful. It’s maybe not as beautiful when I wake up at 3am to go pee and then he decides it’s time to play and I have to lie awake for at least an hour because he’s too busy to let me sleep.

9. This also makes you realise that he really is a little person already

With preferences. For example, he REALLY likes chocolate. The most common reaction is “oh it’s the sugar.” No. It’s not. I can eat dessert/pudding or drink coke and he does not react like he does when I eat chocolate. This little goose just loves chocolate so damn much.

He also loves lying in the same position. Usually that means that all his kicks are directed at one side of my belly. I’m pretty sure that the right side of my stomach now has thinner lining than everywhere else.

This one is more about my surprise than anything else. Everyone has told me that when I’m pregnant, random people will touch my belly. Okay so my resting bitch face has obviously been fully confirmed because not one single stranger has walked up to me and rubbed my belly. I think I must give off come near me and I’ll kill you vibes because I’m constantly waiting for it to happen and nope, nothing. The closest I’ve come is a waiter telling me I’m really blessed with a baby and another asking me if I’d like a shot of whiskey with my soda while chuckling to himself a little weirdly. If only he knew just how much I need that right now. Sigh – at the exact moment when it’s off the cards.

This whole pregnancy thing isn’t for everyone 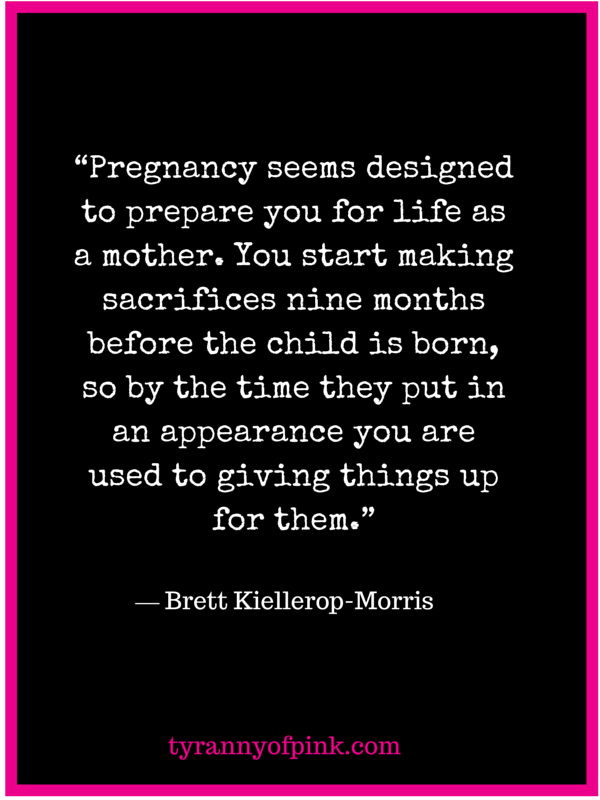 Being pregnant hasn’t been about sparkles and roses for me and honestly, I’m a little bit wary of anyone who says that they “loved” being pregnant.

It’s a bit of a weird thing to love. Sure there are beautiful moments and it’s truly amazing to feel your baby growing and moving inside of you but on the whole, it’s a pretty traumatic time for your body. Some days I’m surprised that the baby doesn’t just fall straight out because the pressure is so intense. I can’t sleep, I’ve grown to astronomical sizes and no matter how many times my husband tells me that I’m not fat, I’m pregnant, I still feel like a large hippo rolling around the house.

I honestly didn’t realise that getting off the bed could be so much work or that drying my legs properly after a shower would be a thing of the past. I’m hormonal, emotional, nervous, stressed and haven’t slept through the night in months.

One thing though, I am just letting myself eat the things my body craves and that has been pretty great for me. I don’t normally have a sweet tooth and it’s a nice feeling to just eat cheesecake for the hell of it when ever I want to but one thing I know for certain – pregnancy is just not for me.

So the next time you bump into your pregnant friend, try asking how SHE is doing!

Did you suddenly start craving ridiculous thing? Ice cream when you’re lactose intolerant anyone? (yes, that really happened to me). What was your experience of pregnancy? Were you as much of a grump as I am about it? Tell me I’m not alone!!

all my love, the pregnant grump