You are here: Home / Blog / Being Mom / When being a mother hurts!

There is absolutely no doubt in my mind that being a mother is the hardest “job” I’ve ever been tasked with. You don’t get down time, you don’t get to switch off. From the minute you discover that you’re a mother, you’re switched on, you’re planning, you’re taking vitamins, you’re listening to your body, you’re up and down the to Doctor and then the birth happens. It may or may not be an easy birth, you may or may not end up having a really tough start to being a mother. The things that you’re thinking of or planning for or working around don’t stop happening. And the baby isn’t even here.

Then your child is born and things get even harder.

I won’t profess to be an “expert” at being a mom but I am a mom. I have been for two and a half years now and what I know for certain is that it’s HARD.

As mothers, we are all just doing the very best we can. We are all just hoping that every night we go to bed, we’ve managed. It’s really really hard being a parent and I think we spend a lot of time undermining parents who are just doing their best. Until you’re ACTUALLY a parent, you don’t know the half of what it’s like.

This morning we woke up, just like any other Monday.

Our route was absolutely no different until suddenly everything went out the window.

Out of NO WHERE, our child had a really upset tummy, started complaining about a sore neck, went completely pale, his temperature went up and then his lips went blue and he went limp.

We didn’t waste any fucking time.

Threw pants on and rushed to the doctor – didn’t shower or brush hair or teeth, just raced there. Something was definitely wrong with our boy.

Of course we got to the doctors rooms and he behaved like nothing was fucking wrong. Completely fine, climbing on chairs, running around, talking… like NOTHING happened.

So there we were feeling like the worlds greatest over-reactors! Our doctor is GREAT though – she always makes us feel like we are doing the right thing by bringing him in and she never makes us feel like we are wasting her time. And clearly she didn’t think this was normal because she sent him to the nurses station to check his blood count, his blood pressure and his urine. His blood pressure was completely normal on one side and really low on the other but she wasn’t too concerned. We were told to keep him home, keep an eye on him and bring him in to be admitted if the symptoms come back.

So far he has been completely fine but I’m a fucking devastated mess.

My child went limp in my arms – his eyes closed and I have not had such a fright before.

When you’re so exposed to people dying like I am, your mind is ridiculous. Every little thing tells you to panic and to worry and I can’t deal emotionally with things like this.

I am usually such a calm and level-headed person. I don’t really panic in times of chaos. I’m always the one rationally thinking of the next step.

When it comes to my child I lose my mind.

Two hours later and my heart is still so sore. He has long forgotten the trip we went on where he was so super brave and impressed the nurses by not being fussed by the blood pressure pumps, by offering up his finger for the blood prick, by not crying at all when she pricked his toe and squeezed out blood. I was so proud of my son. He walked out of there with his lollipop looking like we’d just left the amusement park. My little trooper.

It’s hard being a mother.

It’s hard being a new parent.

There are times your mommy heart just hurts thinking about the things that could go wrong and yes, this is no way to live, it’s irrational and ridiculous but when you’re in panic mode, you don’t think about how you’re probably just overreacting.

In the end, she wasn’t sure what caused this little reaction but if it happens again today he has to be admitted into hospital.

My mommy heart is sore! 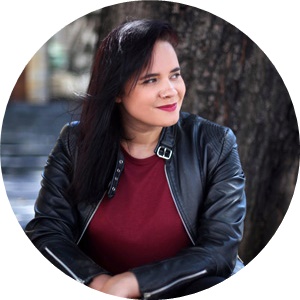